If you struggle with Meniere’s Disease, our certified Neurofeedback doctors at Leigh Brain & Spine can perform the proper testing needed in order to create a treatment plan for a better way of life.

What is Meniere’s Disease?

Meniere’s disease is a disorder of the inner ear.  Typically, Meniere’s Disease affects only one ear. This disease can cause dizziness, feeling of vertigo, and imbalance.

Meniere’s disease can occur at any age, but can be typically found between young and middle-aged adulthood. It’s considered a chronic condition, but various treatments can help relieve symptoms and minimize the long-term impact on your life.

Who Gets Meniere’s Disease?

Yes, stress has been shown to make Meniere’s Disease symptoms worse. A qEEG Brain Map can identify if the Stress brain pattern is present and if so, what needs to be done to shift it back to the optimal brain pattern. The Stress pattern is one of hyperarousal and can be easily seen on the qEEG Brain Map. This pattern is also associated with disruptions in sleep and a scientific study shows that sleep deprivation can impair sleep in those who suffer from Meniere’s Disease. Sleep deprivation has been shown to make symptoms of Meniere’s worse by creating a negative cycle of poor sleep at night which makes symptoms worse in the day and so on. Neurofeedback Therapy is used to optimize the brain pattern, improve sleep, and reduce the hyper-arousal that can be making symptoms worse. When your brain performs better, so do you and symptoms can be reduced.

What are the Symptoms of Meniere’s Disease?

Signs and symptoms of Meniere’s disease include:

Yes. A current study shows that people who suffer from Meniere’s Disease get caught in a negative loop that can perpetually make their symptoms worse. Science shows that a person who has Meniere’s suffers from serious disruptions in the sleep cycle which makes their symptoms of tinnitus and vertigo worse. The increase in symptoms makes sleeping even harder which keeps this cycle going. The cycle makes the symptoms worse and the sleep deprivation worse.

How Can You Reduce Chronic Fatigue Symptoms Fast?

Although there is no cure for Chronic Fatigue Syndrome it is known that it is caused and made worse by three factors: (1) the brain pattern associated with Chronic Fatigue Syndrome, (2) Stress, which is correlated with another, separate, brain pattern, and (3) Inflammation. When these three factors are addressed in concert, symptoms can reduce and be resolved much more quickly than if they are not. At Leigh Brain & Spine, the doctors identify the disruptive neurological patterns using qEEG Brain Mapping and then regulate those patterns toward optimal functioning using Neurofeedback Therapy. To address inflammation, they perform Food Sensitivity Testing to identify foods that are causing inflammation within the nervous symptom. Foods that your system are sensitive to can be causing symptoms of Chronic Fatigue Syndrome or making them worse.

Limit Stress: as it is proven to make symptoms work Decrease Inflammation: by limiting salt, caffeine, and identifying and limiting foods that you are sensitive to Rest and Recover Remember, your brain is like a muscle. TI needs time to rest and recuperate. Don’t over do it or symptoms will worsen.

How is Meniere’s Disease Diagnosed?

What is the Most Effective Treatment for Meniere’s Disease?

Non-Invasive and Natural Treatments for Meniere’s Disease: Many people choose not to have surgery or medication for Meniere’s Disease. Therapies and devices are available to naturally bring the brain and body back into balance to improve symptoms and they include the following.

Meniere’s Disease is associated with an EEG (electroencephalogram) brain pattern that can make vertigo, tinnitus, and sleep worse for people who suffer from Meniere’s Disease. What this means is that the areas of the brain that are involved in hearing, auditory processing, balance and proprioception are not working properly. Also, disruptions in sleep negatively impact the Meniere’s brain pattern making symptoms worse within the day. This keeps the negative cycle of suffering and sleeplessness going. With advancements in science and technology, doctors now can see the brain patterns and optimize them to alleviate symptoms. Once the brain patterns that are at the core of the issues are identified on qEEG Brain Mapping, then brain functioning can be improved neurologically to a symptom-free optimal brain pattern using Neurofeedback Therapy’s advanced technologies.

What is the Brain Pattern of Meniere’s Disease?

Current research studies show that people with vertigo suffer from EEG abnormalities within the temporal lobes of the brain. This pattern creates the feeling of self-motion (vertigo) when none is taking place. Impaired orientation in space that creates dizziness is also a symptom of Meniere’s Disease. The temporal lobes are found just above both ears as seen on the picture. The temporal lobes of the brain are responsible for auditory processing and are the main brain areas for hearing perception. The optimal brain pattern in these areas makes hearing and auditory function work at its best. Check out the Science page for the study on EEG findings of vertigo and tinnitus. qEEG Brain Mapping can identify if these brain patterns are present.

What Do I Do If I think I have Meniere’s Disease?

First, visit your primary care doctor. She or he can help determine if some other health condition is causing or contributing to your symptoms. If you are interested in finding out if your brain is operating with the brain patterns that have been proven to be associated with vertigo, tinnitus, or stress that can be making your Meniere’s symptoms worse, then call the professionals at Leigh Brain & Spine. The doctors will use state-of-the-art technology and neuroscience to show you the EEG patterns that your brain is using that might be at the root of your symptoms. Find out for yourself. They can help you identify the brain patterns and then know what your brain needs to improve how it is working to eliminate your symptoms. 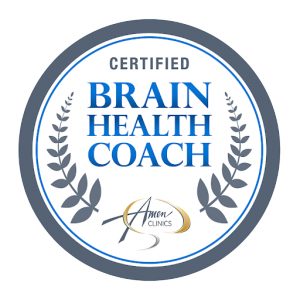 Leigh Brain and Spine is proud to have earned the distinction as a Certified Brain Health Coach Center and is a proud member of the Amen Clinics referral network.

Find out how we can help you NOW. Just enter your best email now. 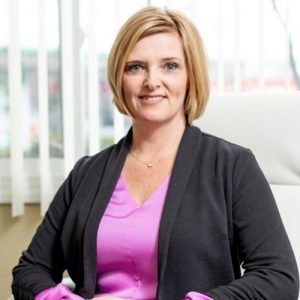 Dr. Leigh,  is considered a thought leader in educating people on how their brain’s work, and how they can utilize brain-based therapies, as well as do-it-yourself strategies, to make their brain work better. When your brain works better, so does your body, by improving physical and thought processes to perform better.